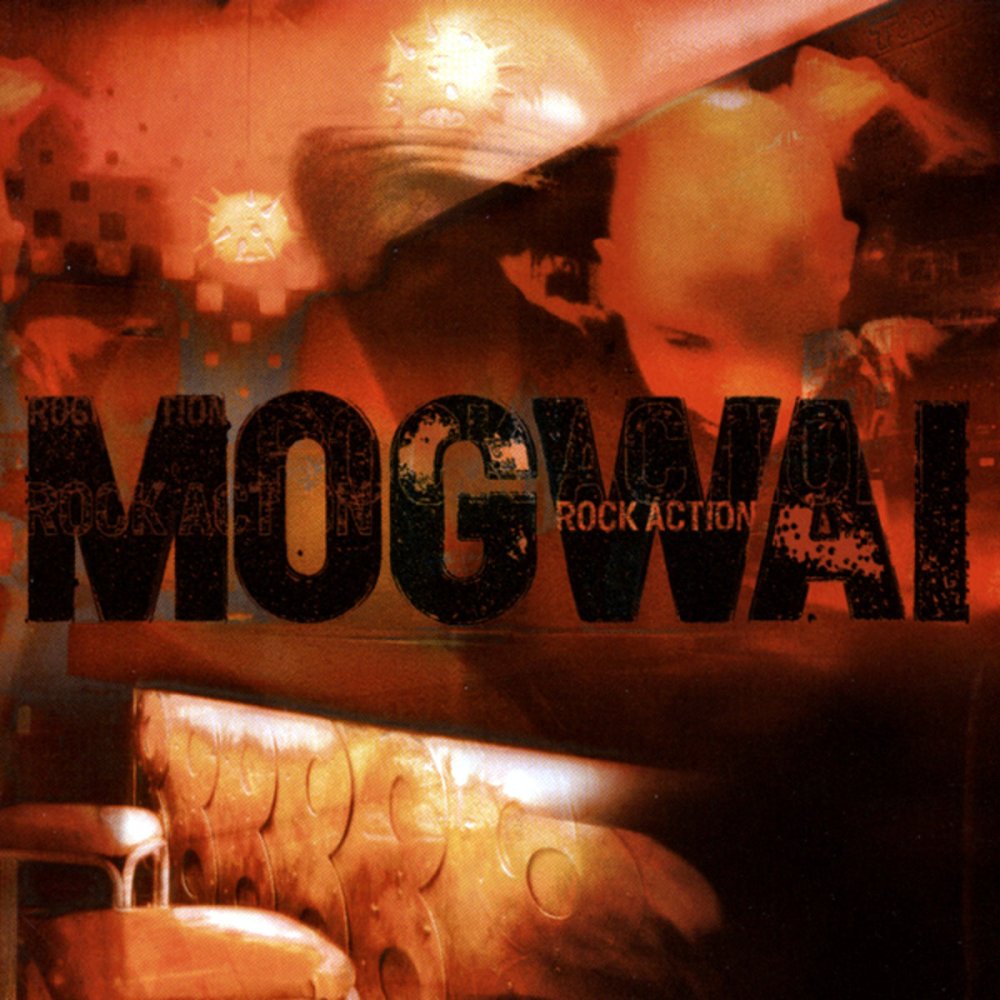 Band: MOGWAI (Scotland)
Active: Since 1995 / 10 albums, so far, including
this year’s splendid one As The Love Continues

Pitchfork said: “Granted, it’s not mind-blowing, and it’s not nearly as masterfully executed and affecting as their earliest work. But there are only a handful of bands out there that can put out an album as well-constructed as Rock Action and still expect people to bitch and moan about it. The fact that Mogwai can laugh at their detractors could either lead to the band pursuing brave new directions in rock, or traveling down a path of smug self-satisfaction and stagnation. Either way, Rock Action suggests that it’ll be worth sticking around to find out.” Score: 8/10.

Turn Up The Volume: Anything but rock action. One of the quietest Mogwai albums. I can’t but think they should have invited Nick Cave to sing on some symphonies on the record. 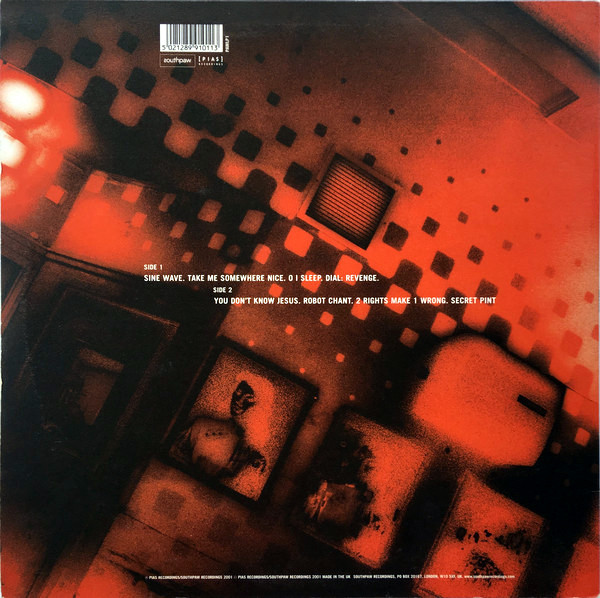 The best of the past month…

Turn Up The Volume‘s 15 Knockout Tracks for April 2021!
A fervid fusion of rhapsodic rippers and clashing crackerjacks.

‘End Of The Night’ by A PLACE TO BURY STRANGERS (US)
Sounding like Nine Inch Nails going punk, Spacemen 3 returning from the dead
and The Brian Jonestown Massacre freaking out on acid, all at the same time. This
is what happens when lockdown blues leads to schizophrenia.

‘Boilermaker’ by ROYAL BLOOD (UK)
The blues-rock tandem is back with this motherfucker of a slam dunk
from their brand new album Typhoons . Wham bloody hell bam!

‘Deeper Than Holy’ by PASTEL (UK)
Imagine the bittersweet symphony swagger of Richard Ashcroft and The Verve
and the natural-born coolness of Liam ‘tonight I’m a rock ‘n’ roll star’ Gallagher.
Supersonic, right? You better you bet.

‘The Gimp’s Gimp‘ by BODY HORROR (UK)
A chainsaw intro followed by manic drum thwacks and a frenetic bass force, and a
bit later a nightmarish voice joining the freaked-out get-together. All this brain-breaking
stuff happens in under a minute. Hallelujah!…

.
‘Nobody Everyone’ by WEEKEND DEBT (Scotland)
Highly energetic and sharp-riffing indie rock at its youthful best. Smells like teen spirit. Big guitars, big drums/bass, big tune, and big post-breakup vocals. What do you need more to boost your bloodstream?

‘The Men Who Rule The World’ by GARBAGE (US/Scotland)
A surprisingly funky disco banger that triggers your head’s up-and-down movement the very moment the money drops into the corrupt politicians’ pockets. I still love you, Shirley!

‘Your Fandango’ by TODD RUNDGEN & SPARKS (US)
Old friends Sparks and Todd Rundgen team up again, after so many years, for a mini pop opera. The legends still deliver and it seems this town is big enough for the both of them.

‘Moshi Moshi’ by COMMON FLAWS (Italy)
Mostly instrumental, except for a hazy voice in the distance, this electro earworm
gets under your skin from the clap along intro and goes on like forever. Imagine
Aphex Twin going synth-pop for a change. The power of repetition!

‘Amsterdam’ by MOONLIGHT PARADE (UK)
Magical and red-colored ballad, combining the melodic melancholia of Teenage Fanclub and The Coral. A sweet little gem about a wonderful city I’m in love with for a long time now. Press play and let your thoughts drift away on a cloud.

‘Trust’ by MASHMELLOW (Moscow, Russia)
Dream pop for lonely nights with echoes from The Sundays and Mazzy Star. Yes, that bewitchingly good. One of the highlights from their new 6-tack EP titled Pole Pole.

All 15 together on Spotify…

.
See/hear you next month, music junkies… 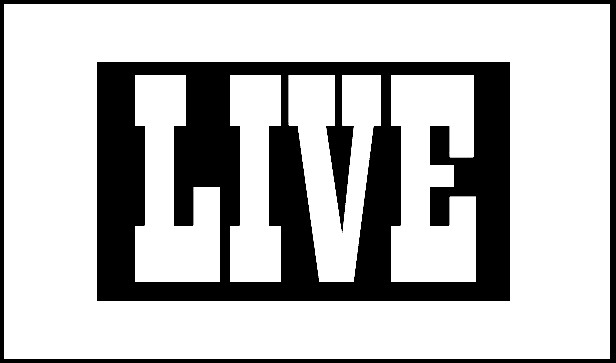 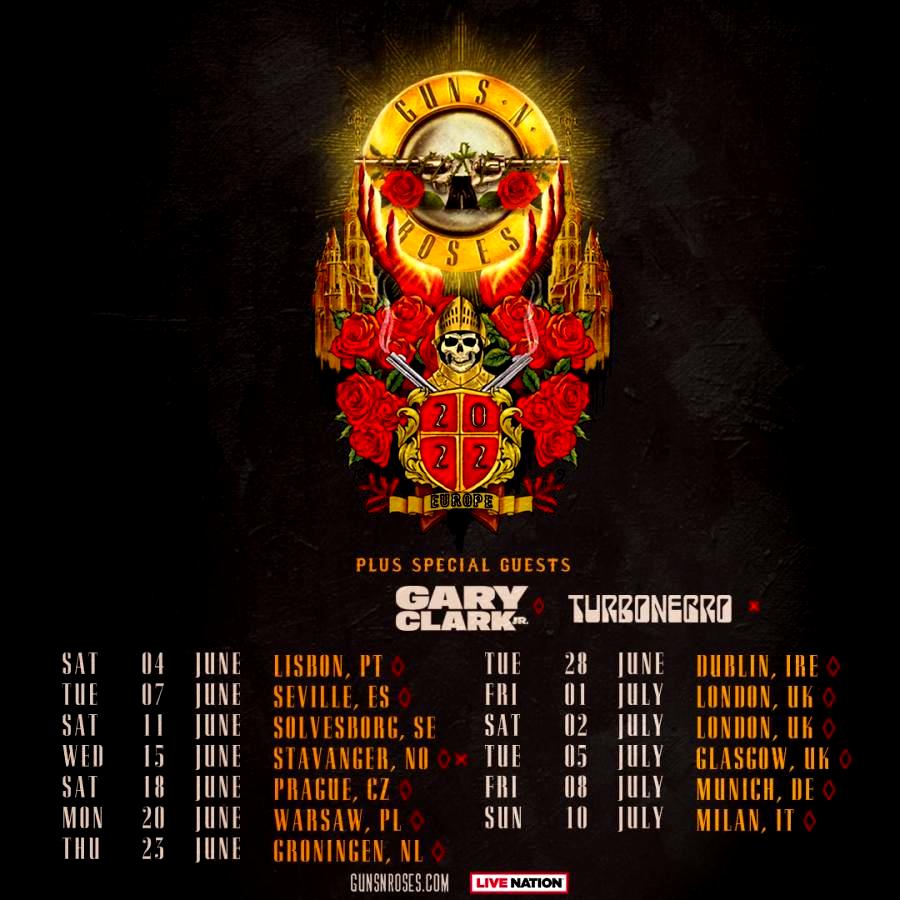 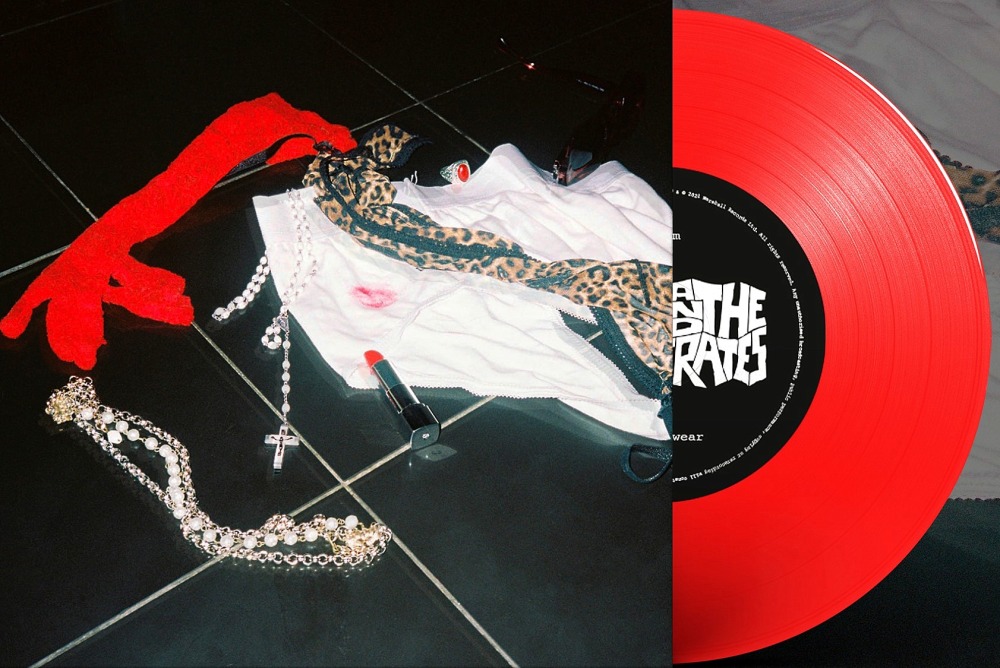 Band: GEN AND THE DEGENERATES

Who: A, rightly so, ambitious indie-rock gang from Liverpool.
They just signed with Marshall Records (the label arm of
the Marshall Amplification). 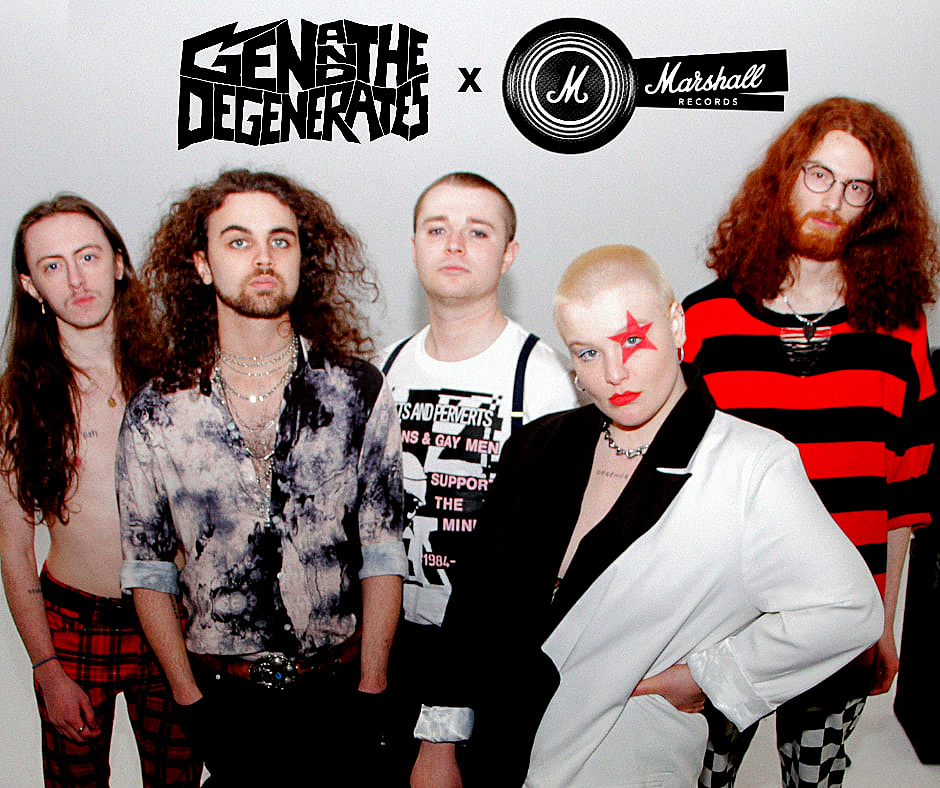 About: “Our loud, proud statement of Intent. I wrote those lyrics for all those, like myself,
who are sick of letting others define their identity and their relationships. It’s a rallying cry to everyone who wants to be defined on their own terms. Our anthem for a generation of lovers, fighters and degenerates. I can’t wait to hear the words “I don’t care what’s in your underwear” screamed back at me at shows, it’s going to be a liberating moment,” says vocalist Gen.

Score: No arty farty BS, no special fake effects, no compromises, no birds and the bees
for this up-and-coming Liverpool gang. Straight-up, flaming and riff-loaded sing-along rock and roll is their communication tool. Rad debut single Underwear is their way to say hello, loud and clear, to all music junks out there, desperate to be entertained with firework anthems they can relate to. Gen is their glam Ziggy vox in the middle (advice: don’t mess with her). Marshall Records is their new label. World domination is their goal (well, it should be). Anything you need for a wild party. Capice?

Press play and rock your ass off…

Different Drum by THE LEMONHEADS 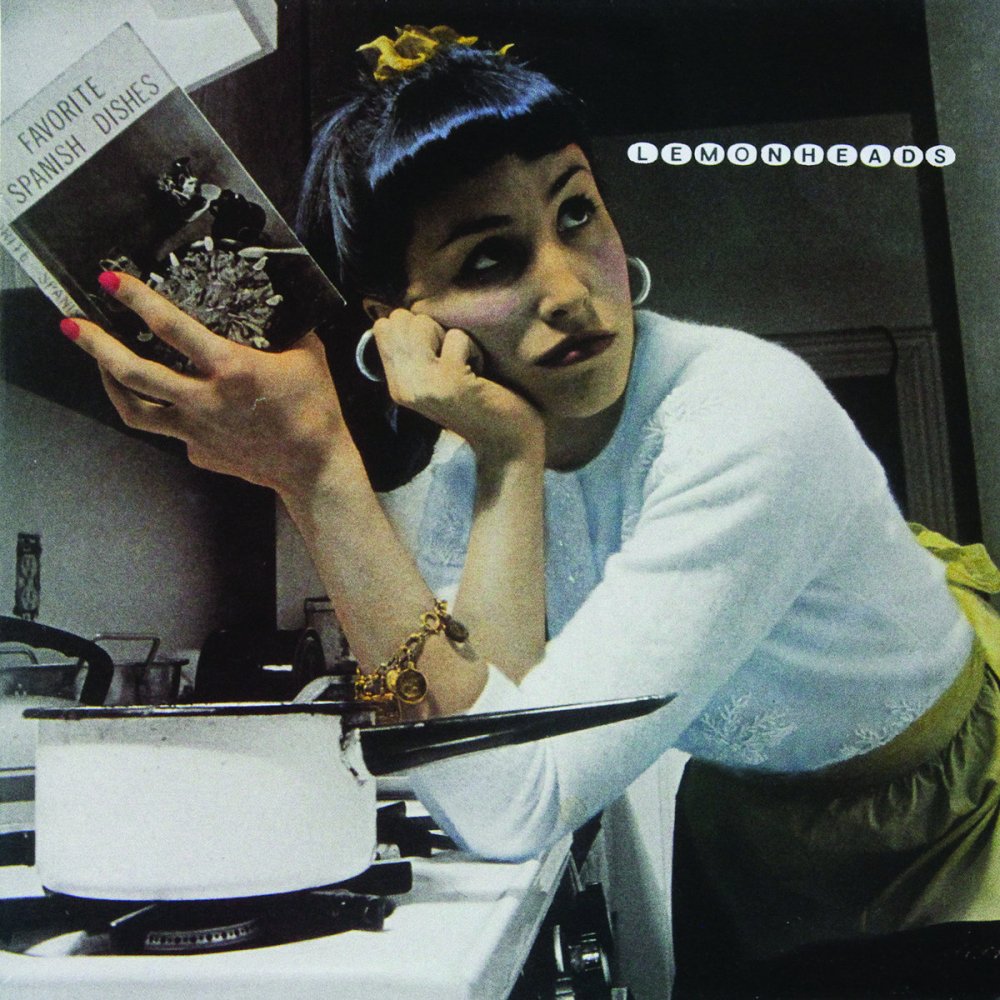 Actually the cover sleeve of a 1990 EP called Favorite Spanish Dishes
with Different Drum as the opening track.

It’s a cover version of a Michael Nesmith (one of 60s pop band The Monkees)
song, made popular by Linda Ronstadt and The Ponys. 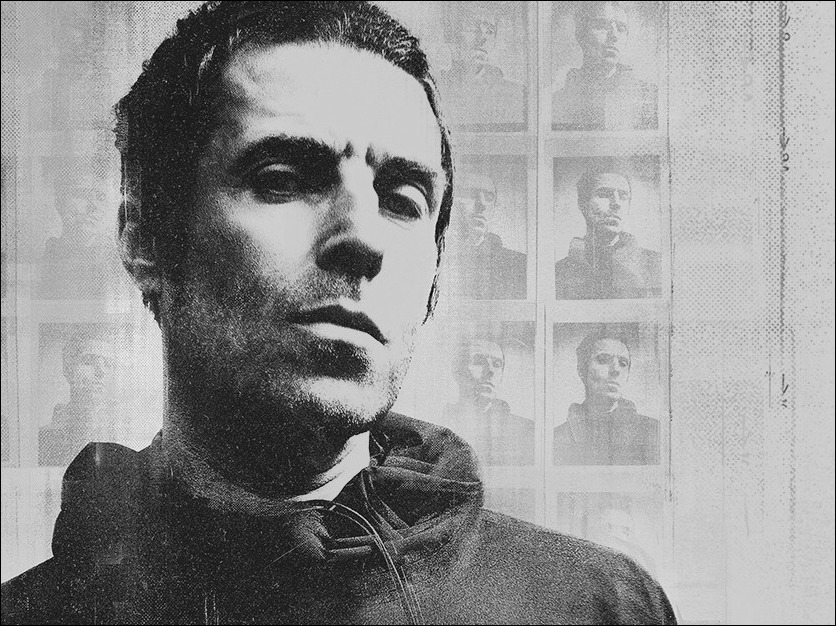 Liam as modest as ever… 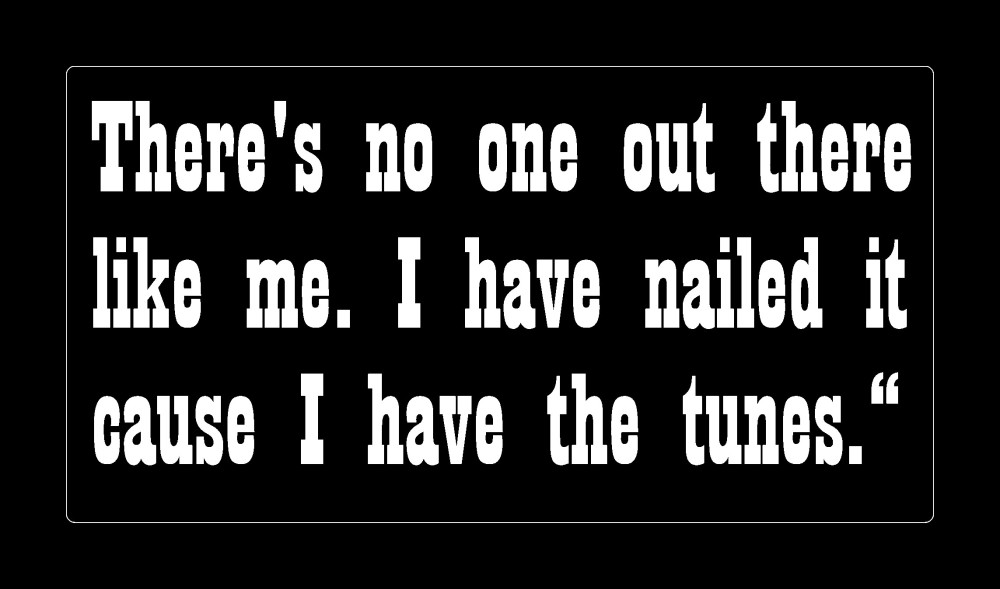 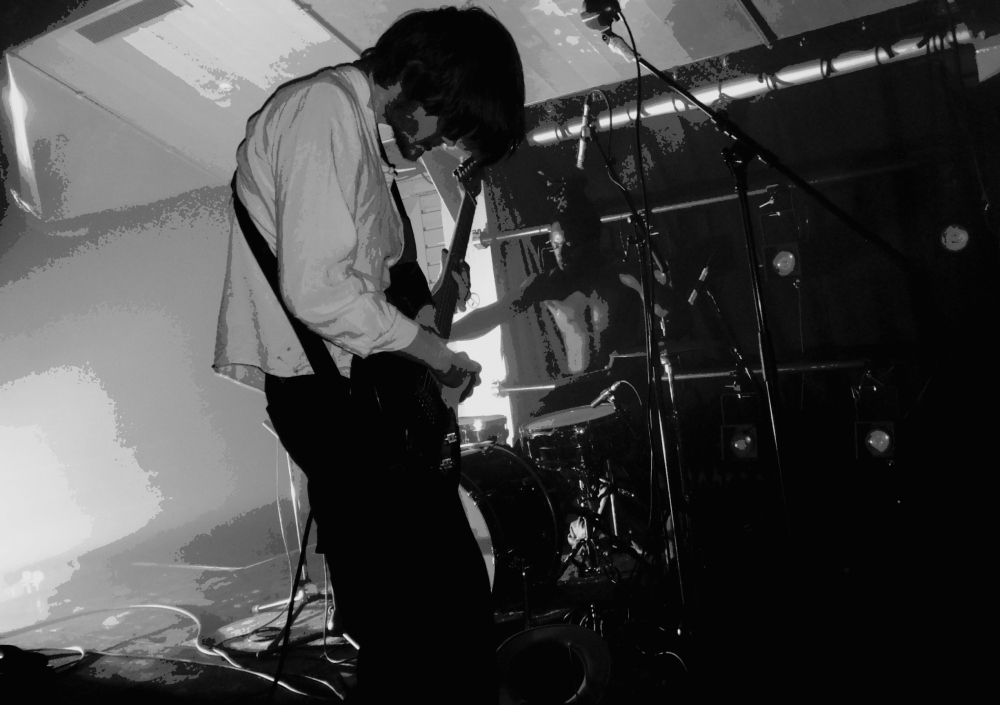 Band: BLACK MIDI
Who: Noise-exploring juveniles from London who made
a huge impact with one of the best albums of 2019, their
debut called Schlagenheim

Another out-of-the-box track, a bit free-prog-jazz Zappa like, by
these, inventive young musicians. Bring on the new album, guys. 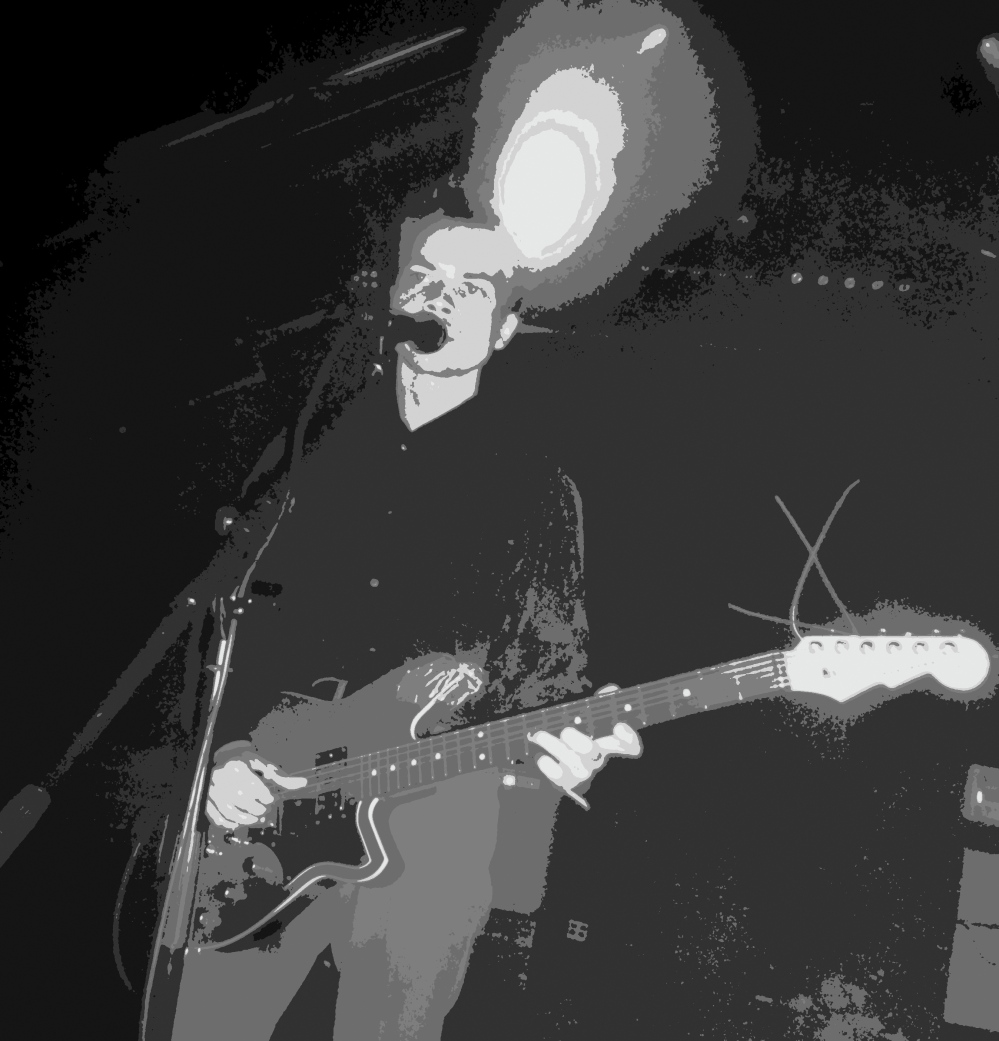 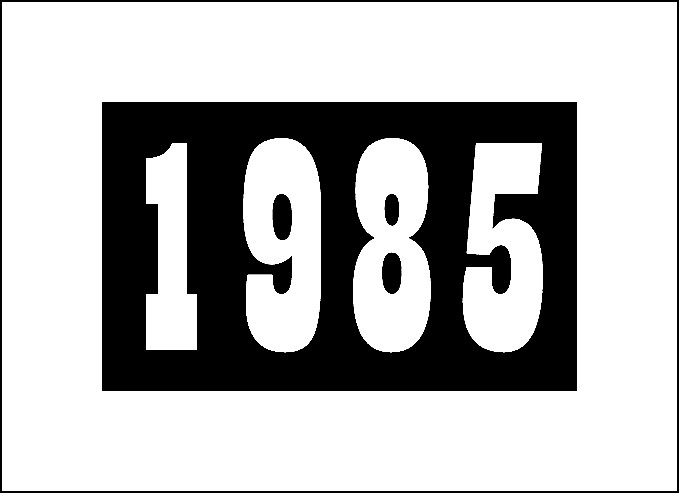 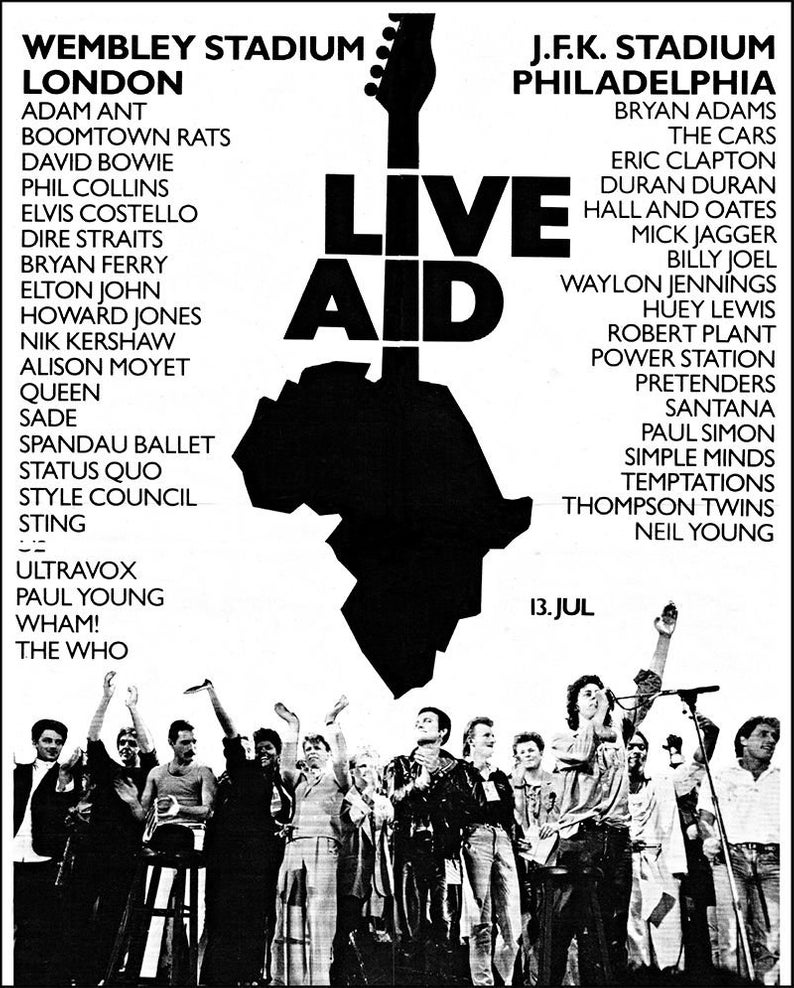 1985 – The year of the mega Live-Aid concerts in Wembley Stadium, London
and JFK Stadium in Philadelphia to raise funds for the devastating famine
in Ethopia.

A whole cast of superstars played that day.
For U2 it meant the start of global success…

It was another great year for a diverse jukebox of top singles and albums.
With New Order, The Cure, Talking Heads, The Jesus and Mary Chain, Prince,
Hüsker Dü, Tears Of Fears and much more rad rockers.

.
NME‘s best single of 1985
Never Understand by THE JESUS AND MARY CHAIN 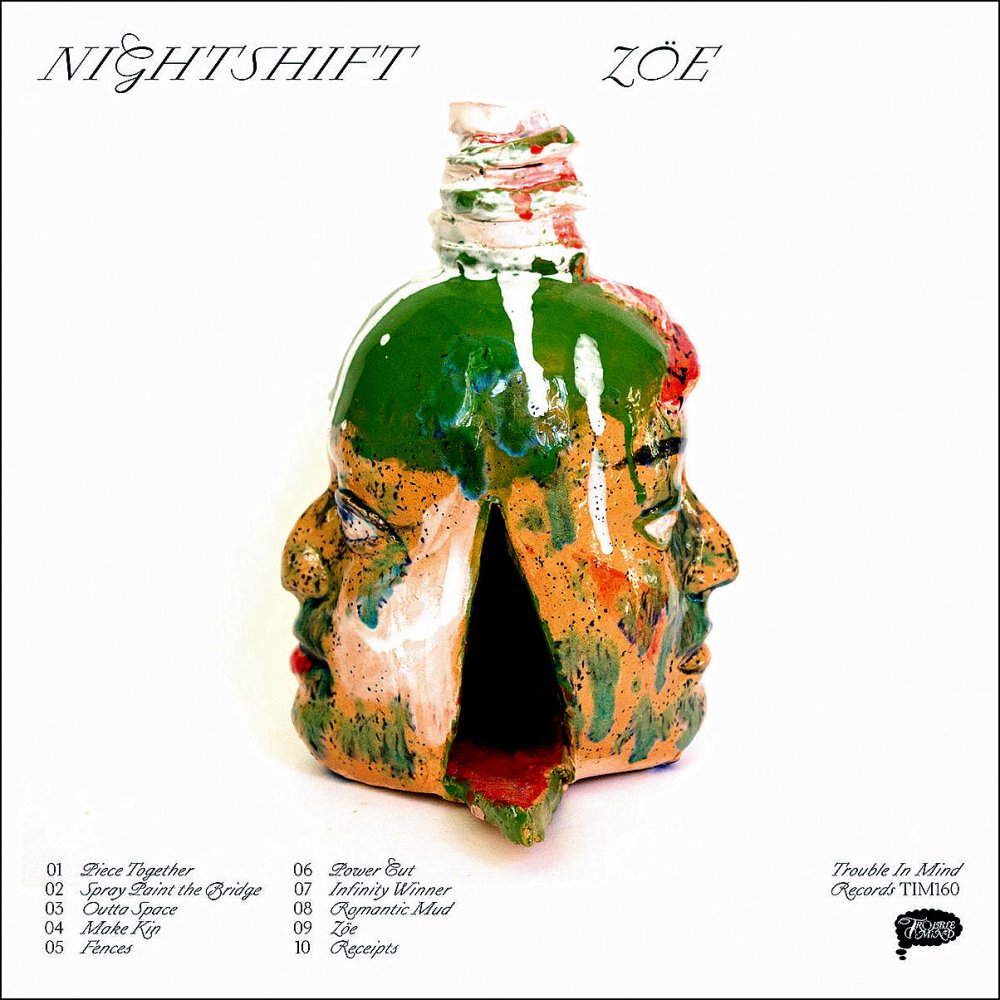 Band: NIGHTSHIFT (Scotland)
Who: Group formed in 2019 in the ecosystem of Glasgow’s current indie scene.
The band self-released a full-length cassette on CUSP Recordings in early-2020,
laying the foundation of their sound; hypnotic, melodic, understated indie post
punk with hooks that stick around long after you’ve heard them.” 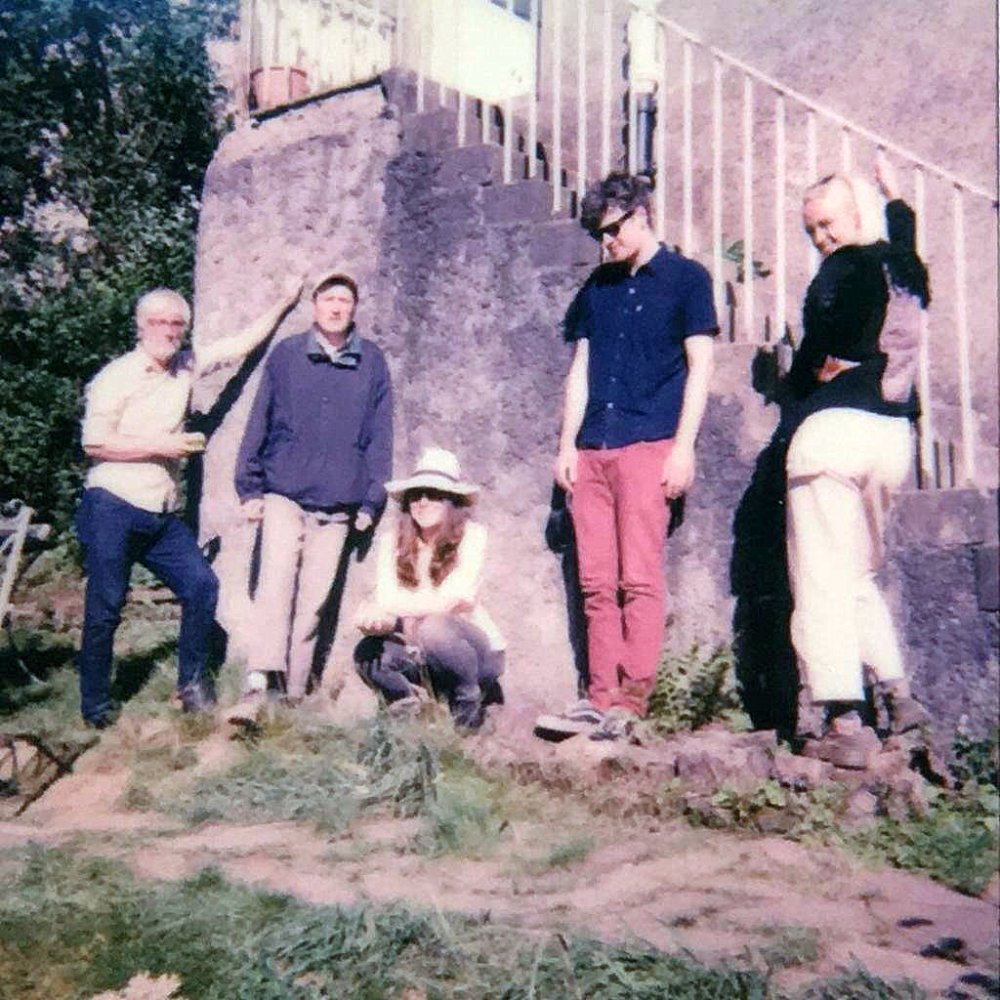 Info: The songs were pieced together and recorded during quarantine lockdown,
with each member composing or improvising their parts in homes/home studios.
The isolation actually allowed for an openness and creativity to flow and many of
the songs took on radically different forms from when they were originally envisioned.
The album became a collection of sketches of hope, growth, awareness of the power
of the world & the power of self, kith, kinship, friendship, resistance, and possibility.

Turn Up The Volume: Echoes of Warpaint‘s trippy pop glow and Fiona Apple‘s
enigmatic art-pop peppiness, a varied pallet of sonic colors, bluesy vocal harmonies
and at times, a relaxing jazzy and folkish feel, that’s what your ears will absorb when
they discover this multi-flavoured record. Exquisite stuff.

THE WALK by THE CURE 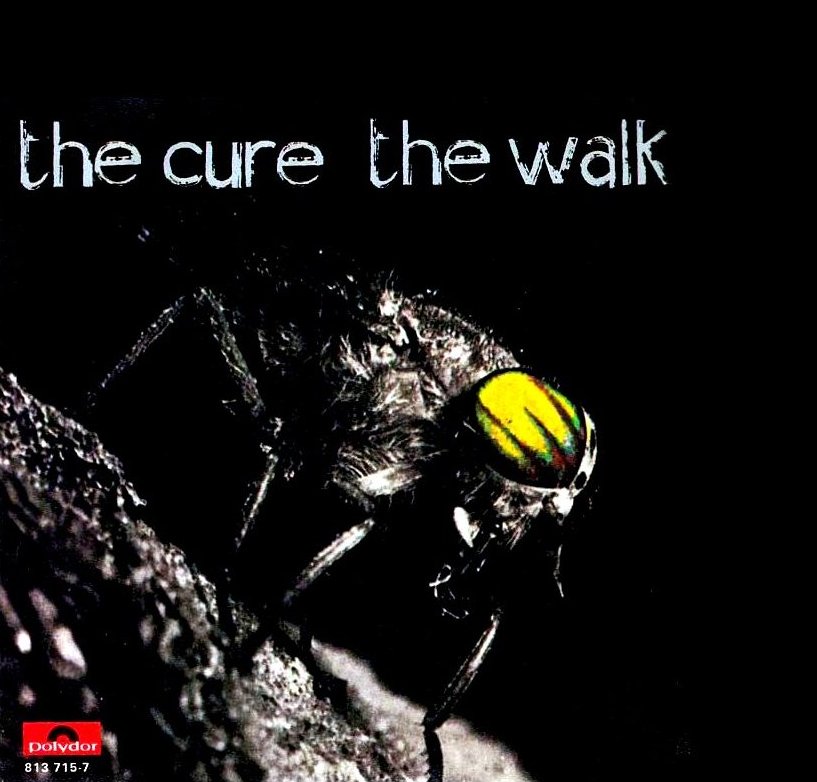