When we can’t get enough of it…

‘Living In a Radio City’ by CROSS WIRES 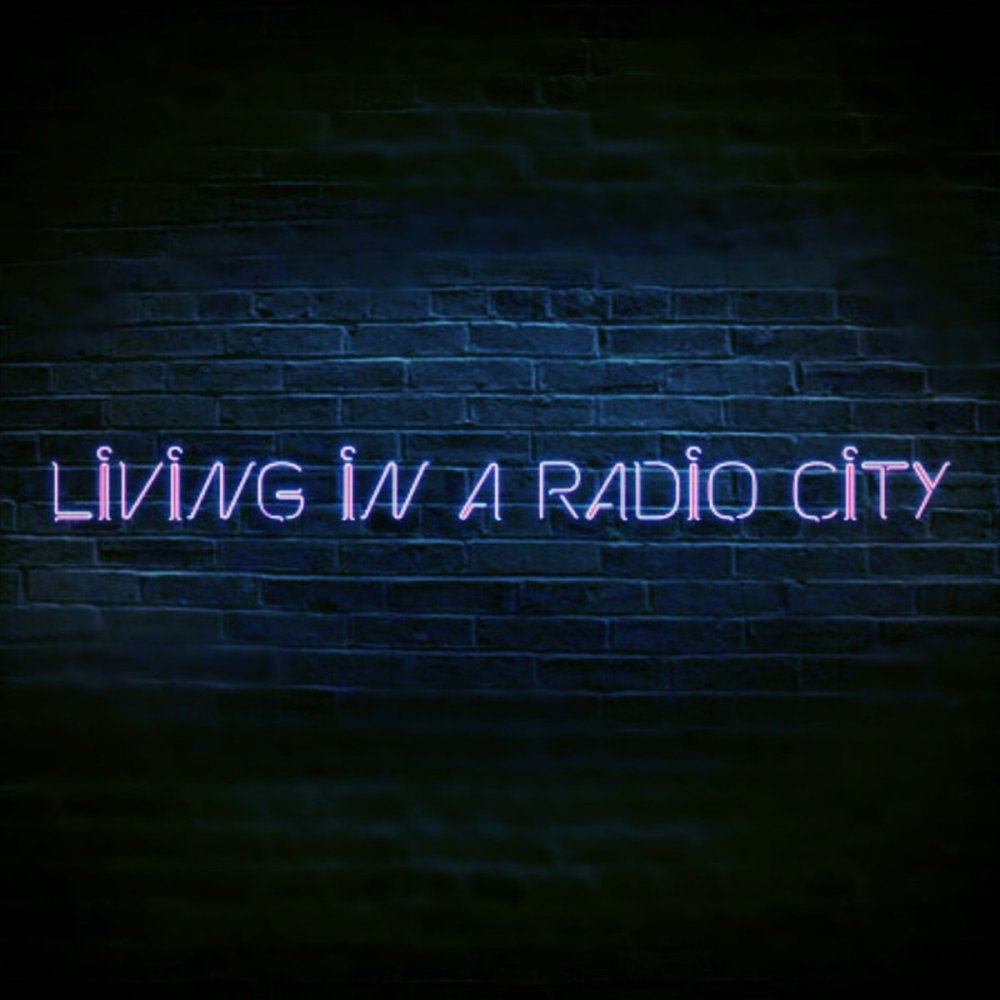 This 4-headed 70s punk-inspired unit CROSS WIRES has produced some hefty uppercuts, over the past few years, sounding like they were written back in the glory days of legends The Clash, The Jam and Buzzcocks but performed with a grim intensity and a barbed wire fury that is totally 2017! Yes, the year in which intolerance, racism, sexism and inequality reared its ugly heads… again. The year in which the far-right orientated political leaders of the so-called civilized Western world fucked up badly. Therefore bands like this, driven by passion, anger and honesty are very welcome. The band describes their first full length modestly as a ‘mini-album’. To my ears it’s actually a ‘best-of-so-far’ including the agitated AA-side single ‘I Want Radio/Pink Dogs’. This time the cliché ‘Punk’s Not Dead‘ is damn true. Here we go, 1-2-3-4!… 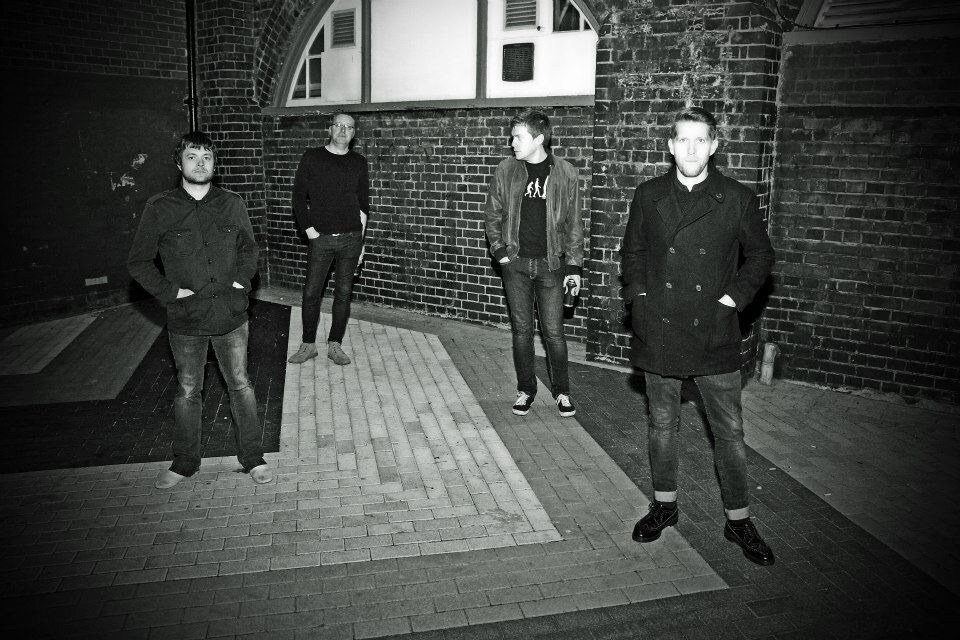 The band will invest all proceeds from this one in recording their proper debut LP next year...

When timeless in sound and vision it’s a… 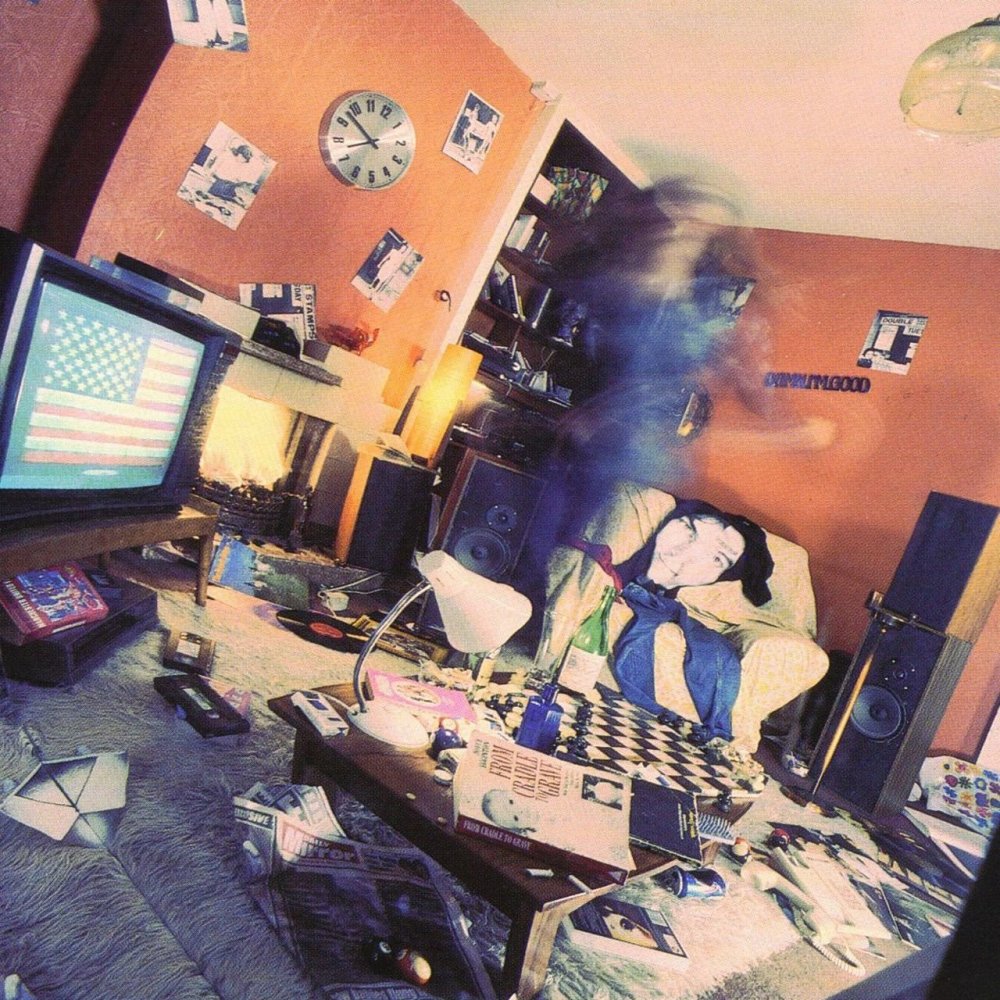 Artist: THE VERVE
Record: 5-track debut E.P.
Released: 7 December 1992 – 25 years ago…
NME wrote: “one of the few bands who still believe that the space between your ears is infinite, that nothing is impossible, that it’s all within our reach…they soar…This is no easy ride but it’s a hell of an adventure, a risk well worth taking…”
Notes: the E.P. features songs that never appeared on a studio LP. The EP’s 2 singles – ‘Gravity Grave’ and ‘She’s a Superstar‘ – reappeared on the compilation album This Is Music: The Singles 1992 – 1998. The record’s cover was taken in Ashcroft‘s flat in Wigan.
Score: the striking and spacey start of a tumultuous ride for a spectacular anthems band
fronted by charismatic singer/songwriter and – then – eccentric Richard Ashcroft.

Clips that will impress your eyes and your ears… 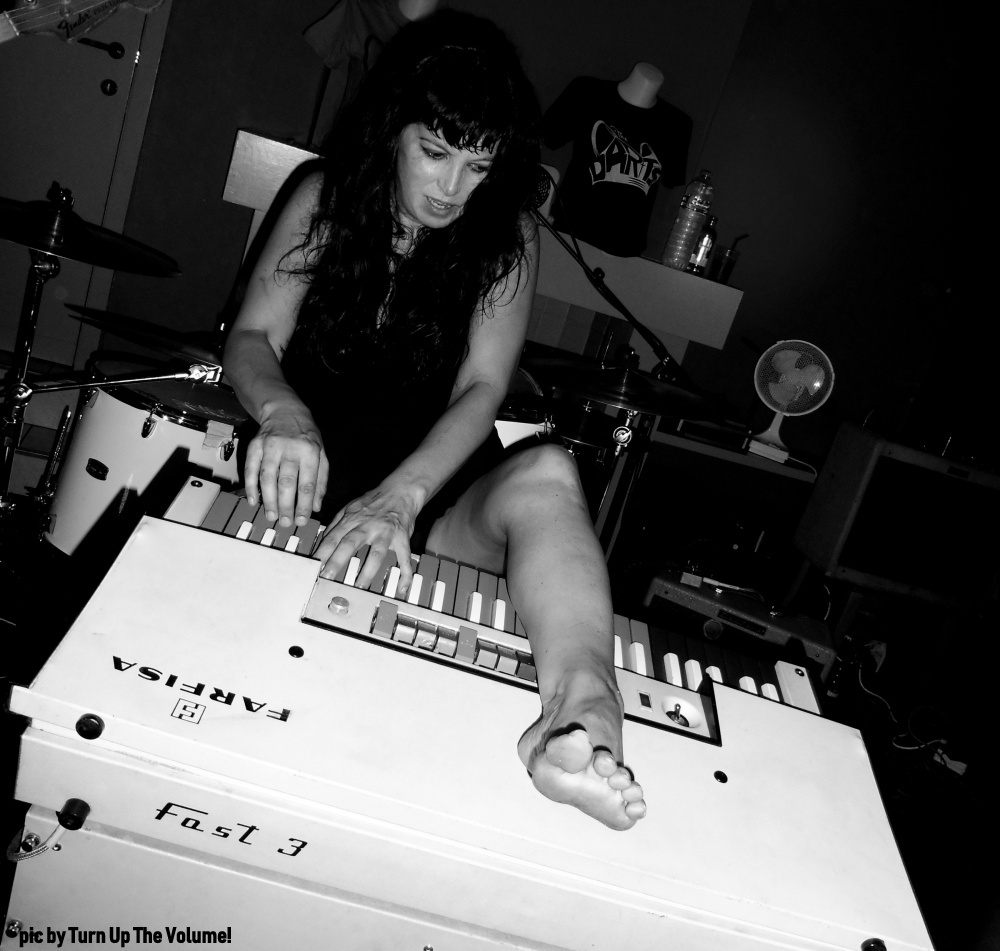 All-female garage turbine THE DARTS launched a new clip for GONNA MAKE YOU LOVE.
A psychotomimetic serpent of a track that creeps slowly but surely towards your innocent heart in order to inject it with its savage love. Don’t even try to resist these overpowering mind fucker. Sit down, relax, be cool and put on your fancy polarized sunglasses to enjoy this flashing hullabaloo trip. B-b-b-baby, you just ain’t seen n-n-nothin’ yet… 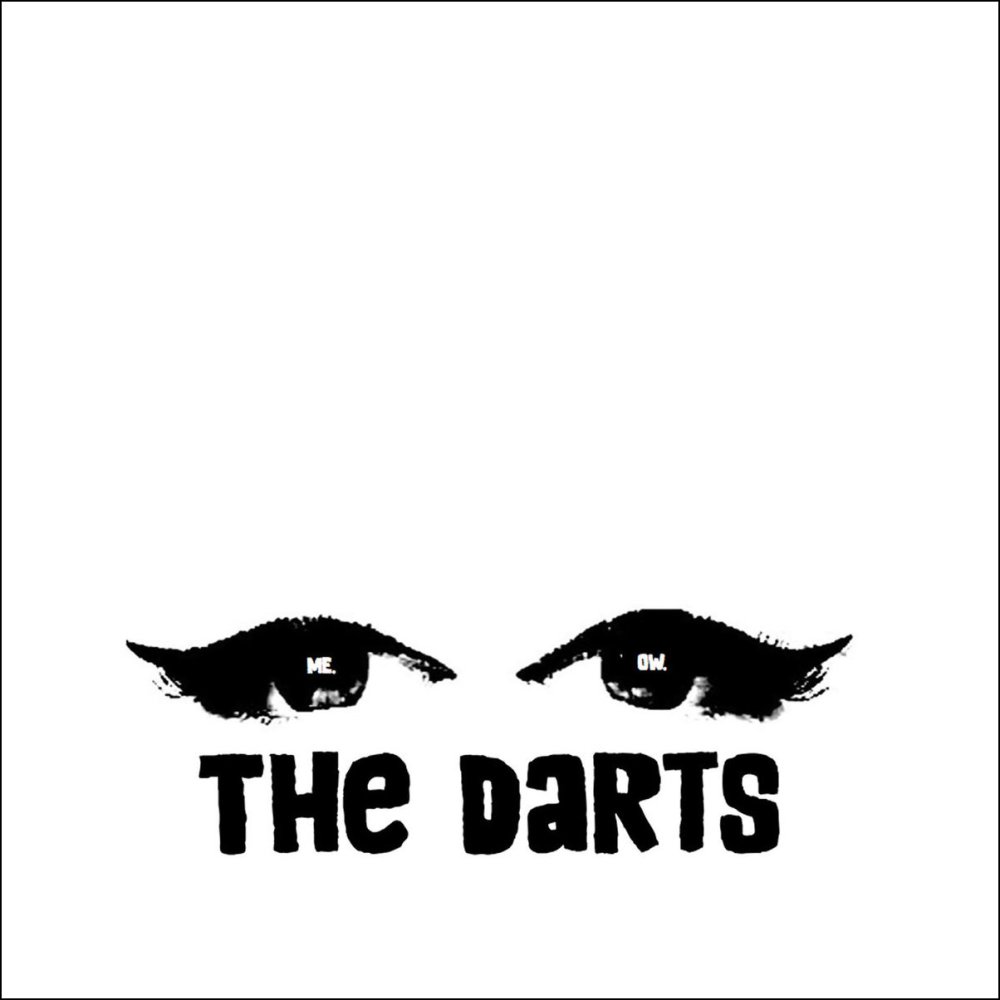 From their debut album Me.Ow – stream/purchase here on Bandcamp

Yes, you can leave your sunglasses on to read
my interview with a cool DARTS cat right here.

1/ ‘All Mod Cons’ by THE JAM
NME wrote: “Not only several light years ahead of anything they’ve done before but also the album that’s going to catapult ‘The Jam’ right into the front rank of international rock and roll.”
Released: 3 November 1978 – their outstanding 3rd LP
Listen here 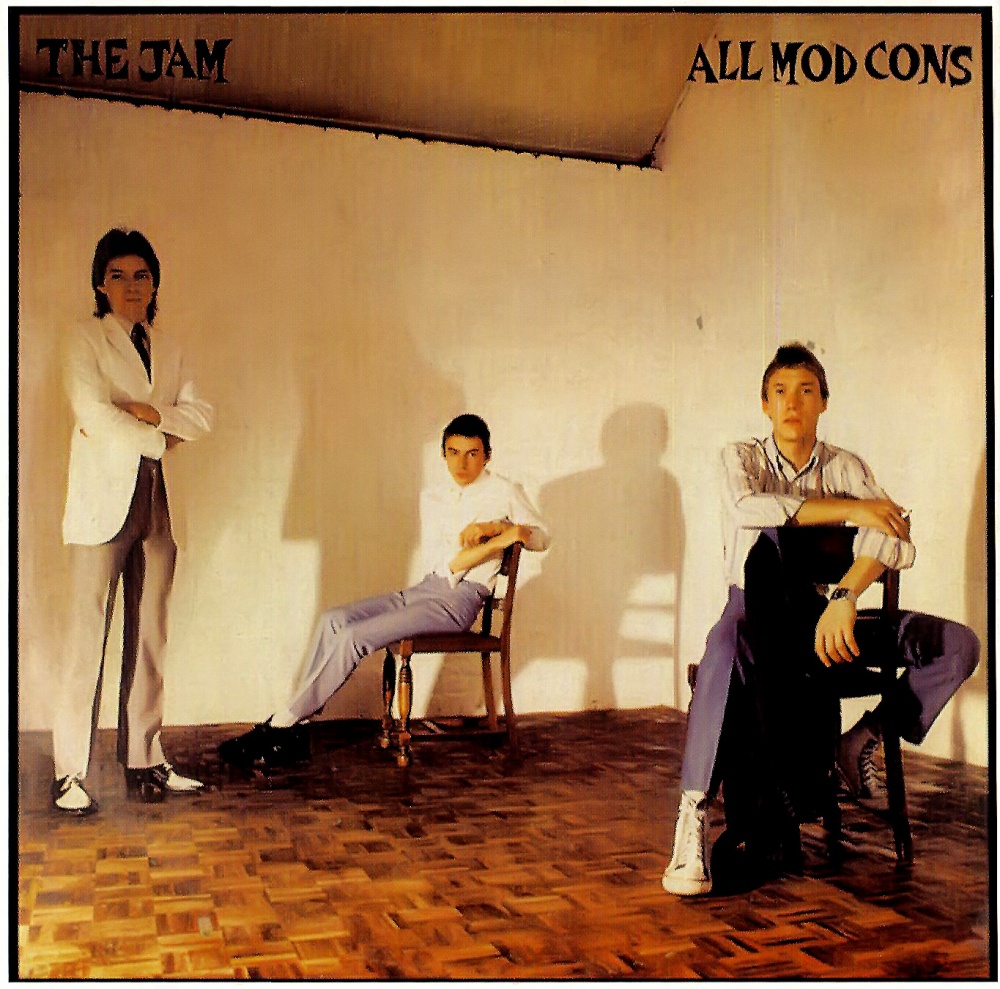 2/ ‘Darkness On The Edge Of Town’ by BRUCE SPRINGSTEEN
Rolling Stone wrote: “It poses once more the question that rock & roll’s epiphanic moments always raise: Do you believe in magic? And once again, the answer is yes. Absolutely.”
Released: 2 June 1978 – passionate 4th longplayer
Listen here

3/ ‘This Year’s Model’ by ELVIS COSTELLO
All Music wrote: “The songs on This Year’s Model are typically catchy and help the vicious sentiments sink into your skin, but the most remarkable thing about the album is the sound. Costello and the Attractions never rocked this hard, or this vengefully, ever again.”
Released: 17 March 1978 – sparkling second LP
Listen here

4/ ‘Another Music in a Different Kitchen’ by THE BUZZCOCKS
All Music wrote: “The big secret is Shelley’s worship of Krautrock’s obsessive focus on
repetition and rhythm, which transforms what would be “simply” basic punk songs into
at-times monstrous epics.”
Released: 10 March 1978 – their thunderous debut LP
Listen here 6/ ‘Real Life’ by MAGAZINE
Melody Maker wrote: “No one that has the slightest interest in the present
and future of rock ‘n’ roll should rest until they’ve heard Real Life”
Released: June 1978 – their gloomy debut LP
Listen here 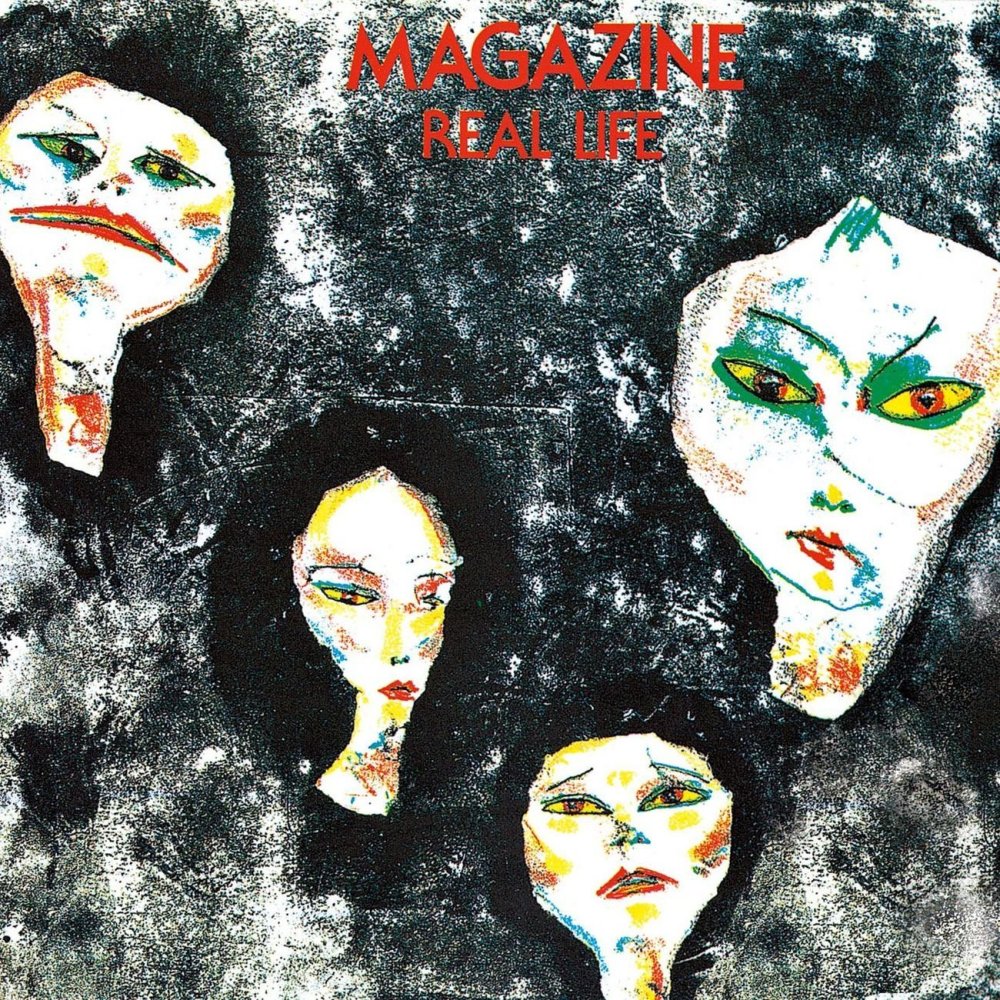 7/ ‘More Songs About Buildings And Food’ by TALKING HEADS
Rolling Stone wrote: “The eclecticism of ‘More Songs about Buildings and Food’, its witty distillations of disco and reggae rhythms, its reconciliation of ‘art’ and punk rock is masterful, The music represents a triumph over diversity.”
Released: 7 July 1978 – their funky second album
Listen here

9/ ‘The Scream’ by SIOUXSIE AND THE BANSHEES
Melody Maker wrote: “Strong, abrasive, visceral and constantly inventive,
with a thrust that makes the spaces equal partners to the notes”
Released: 13 November 1978 – black pitch debut longplayer
Listen here 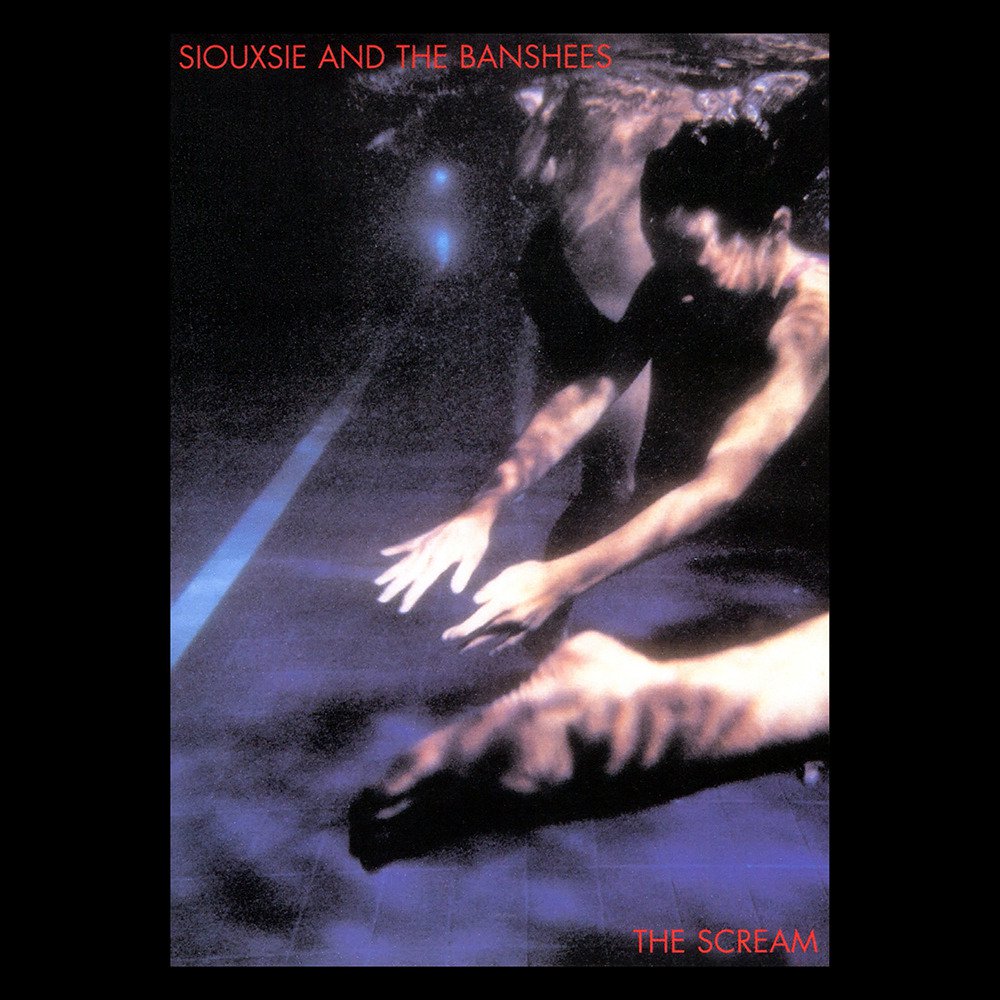 10/ ‘Q: Are We Not Men? A: We Are Devo!’ by DEVO
Rolling Stone wrote: “It’s a brittle, small masterpiece of Seventies pop irony, but its shriveling, ice-cold absurdism might not define the Seventies as much as jump the gun on the Eighties.”
Released: 28 August 1978 – mental debut LP
Listen here

‘Blue Monday’ by THE BIG PINK
Original by NEW ORDER

.
After their splendid debut album A Brief History Of Love (2009) and
successor Future This (2012) the band has a third album in the pipeline. 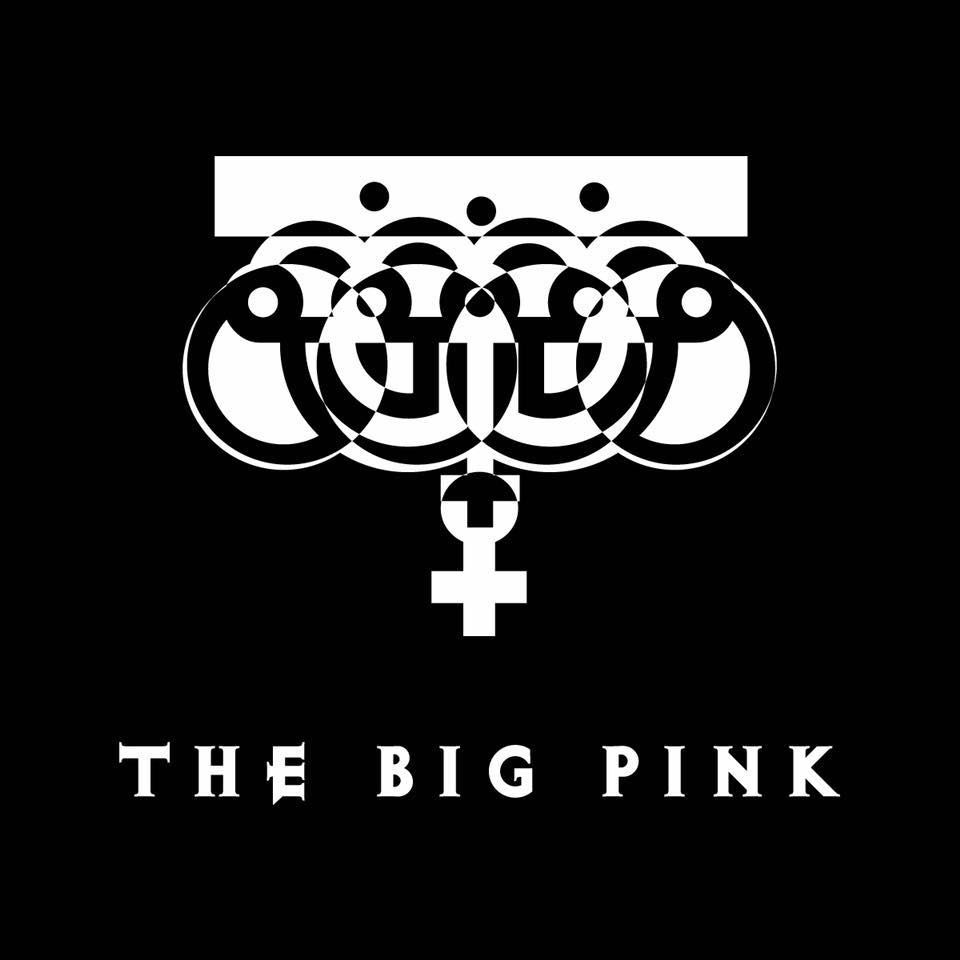 Here’s British electro duo FERAL FIVE offering you a “a sassy slice of electro sparkle with big beats, powerful bass and pulsating synths, and it’s a festive tune about people not things“. It’s dancey. It’s cheesy in a pretty cool way. It’s about human gifts. It’s about your lover, your friend or anyone who makes your heart beat faster. It’s about wanting somebody, not something. It’s about time to start the music. Here’s I WANT U….

I don’t need a fitness band, some running shoes
I don’t need a skipping rope I’ll never use
Please no more bubble bath and manicure sets
Keep it pure and simple then I won’t get upset 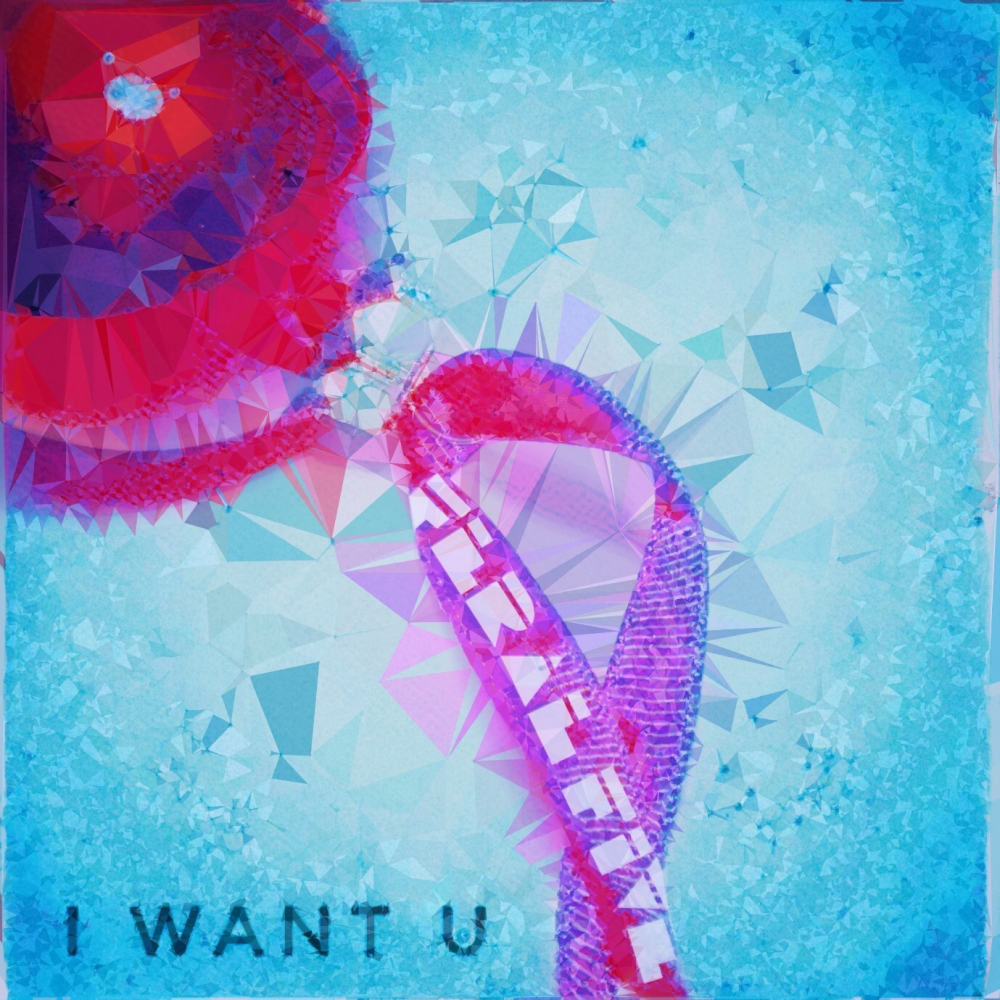 I WANT U – Available here on Bandcamp

Clips that will impress your eyes and your ears…

French thrilling psych junkies THE LIMIÑANAS just launched a pretty cool clip for the title track of their upcoming album SHADOW PEOPLE, out 19 January 2018 via Because Music. Guitarist Lionel revealed what the song is about: “The shadow people are an American myth, they are described as furtive apparitions, comparable to ghosts observable from the corner of the eye. These “spirits” accompany throughout your life, a sort of paranormal glue stuck to you.”

Guest singer is actress/musician and filmmaker Roman Polanski‘s wife Emmanuelle Seigner. She said about the collaboration: “A friend introduced me to The Limiñanas,
I was in love with their music. Three days before our first meeting, Lionel called me and
offered me to sing on one song off their new album. He sent me ‘Shadow People’. Then we recorded directly at their home, it was fast, easy and pretty natural”. Sensual Seigner makes the mystical track sound sultry and sensitive. Haunting encounter for the twilight hours.

The video was shot in The Limiñanas’ home studio in the South of France. The track
was on recently released 4-track EP Istanbul Is Sleepy and will also be on the new LP. 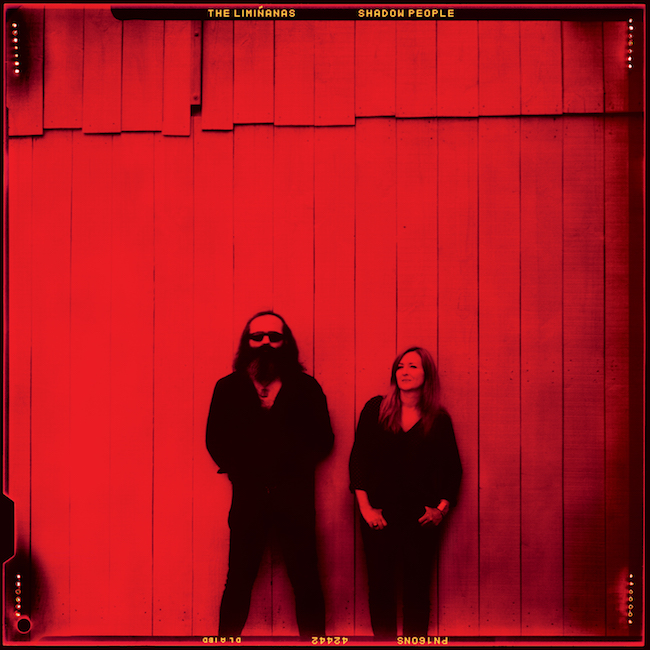 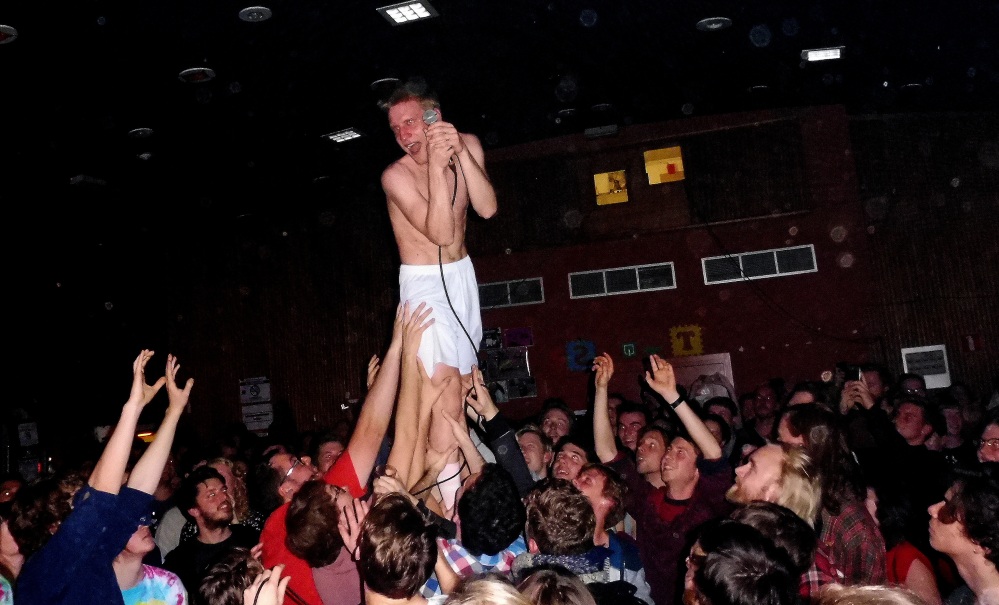 They formed exactly one year ago. They only released two smashing good singles so far. They’re definitely one of the best live bands I saw this year (and I saw many, about 150). They’re quite special, they’re deranged, they go bananas on stage, they look and sound
like a chaotic cabinet of curiosities. Imagine Iggy Pop fronting Faith No More messing up Queen‘s monster hit ‘Bohemian Rhapsody’ (THESE MADMEN ACTUALLY DID THAT! THEY TRASHED IT TREMENDOUSLY!). They produce a series of striking noise drones as genial freak Frank Zappa would do if he was jamming with Rage Against The Machine . Gloriously clamorous, crazily tumultuous and BLOODY BRILLIANT! The inflammable chaos included surprising acts such as circus artists, a street poet, a masked guest singer, several weirdos with black sunglasses wandering and lying around, someone distributing pins of MAO
(the legendary communist leader of China and yes, the band wrote a funky song about the controversial man), while inflatable dolls hang on top of the podium, all alone. I probably missed some wacko stuff here and there as so many things happened almost non-stop. Never heard of this far-out Belgian gang? Well, let’s start with a short but ‘loud and clear’ live introduction. Here’s SHHT playing at, yes folks, a fashion show…

Pretty wicked, isn’t? Perfect! We need outsiders like this who don’t care about what a band should or shouldn’t do. No boring formats, no corporate nonsense, no old-fashioned rock and roll bullshit. This turbulent collective is here to PARTY HARD! They’re here to entertain us in a most ecstatic way. They gonna be HUGE next year. They will pump up your LIFE…

Can’t get enough, here’s their brand new escapade. The one about MAO…

.
As Dr.John once drunkenly sung… such a night

Can I have this dance, lady?… 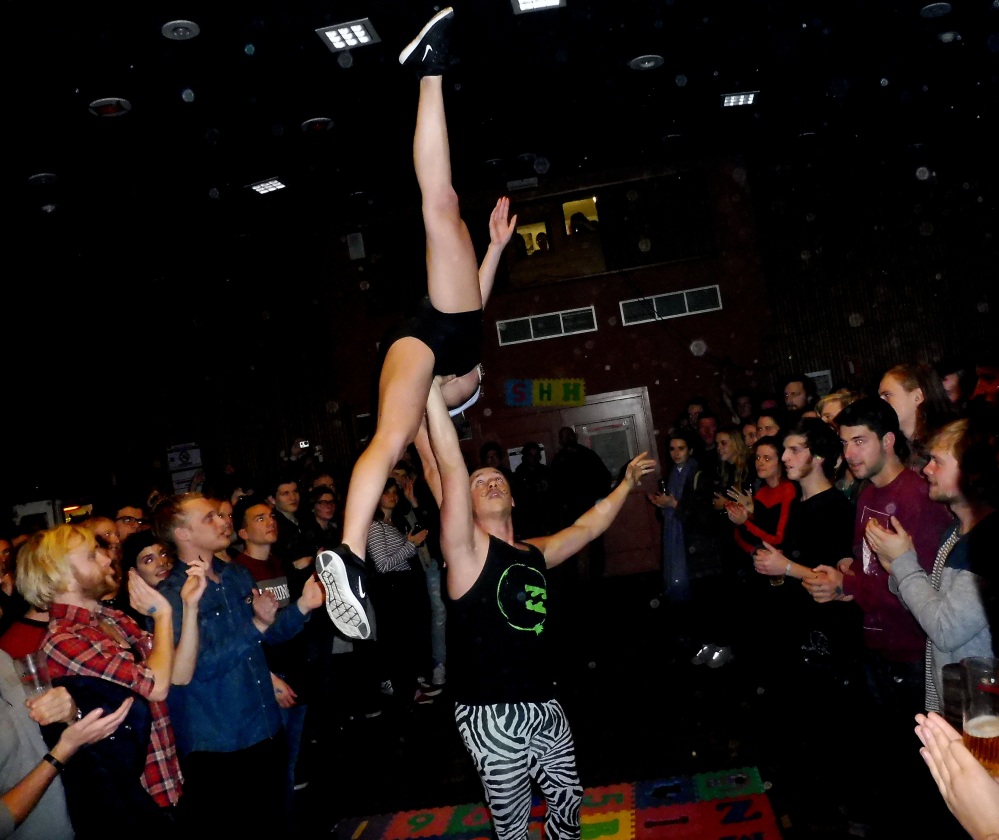 You ain’t seen nothing yet… 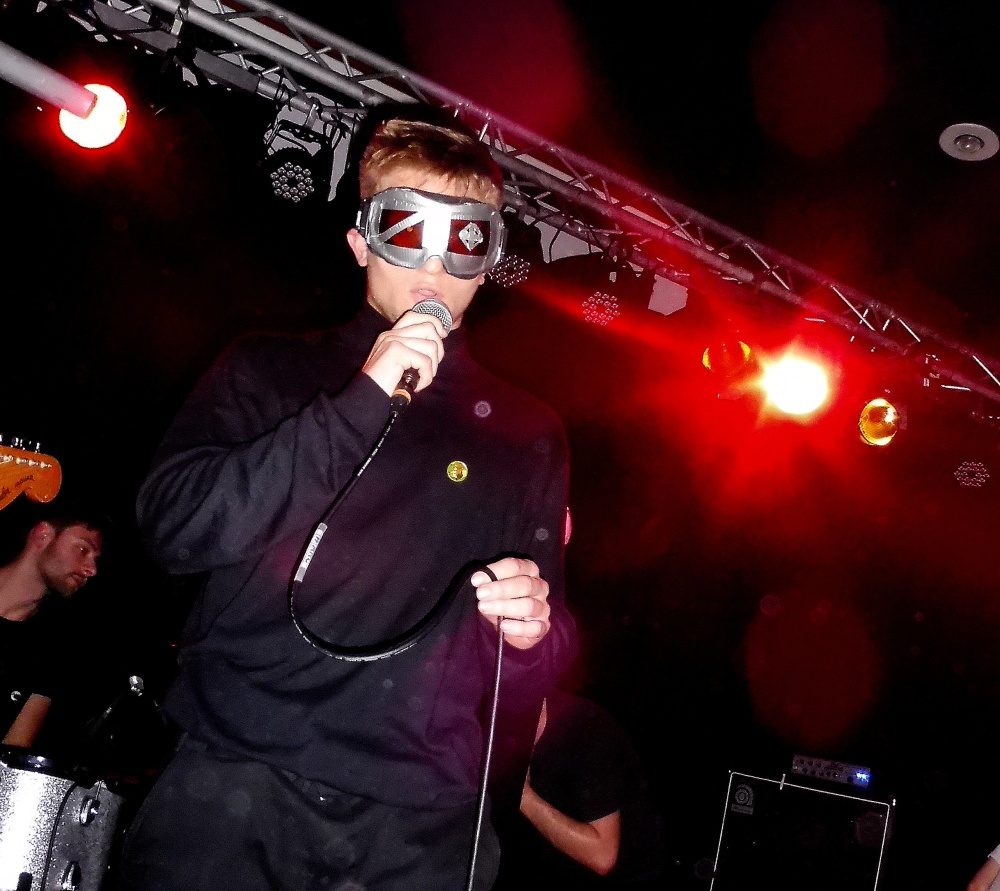 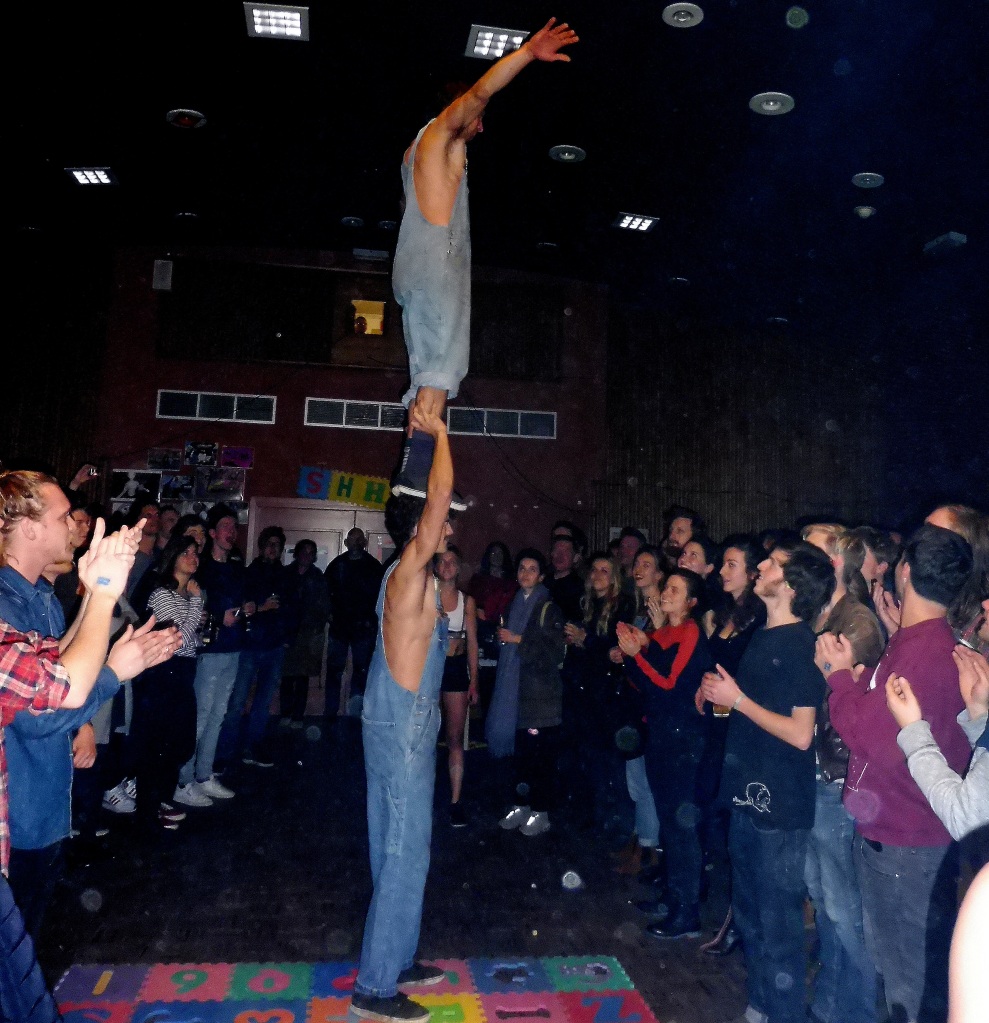 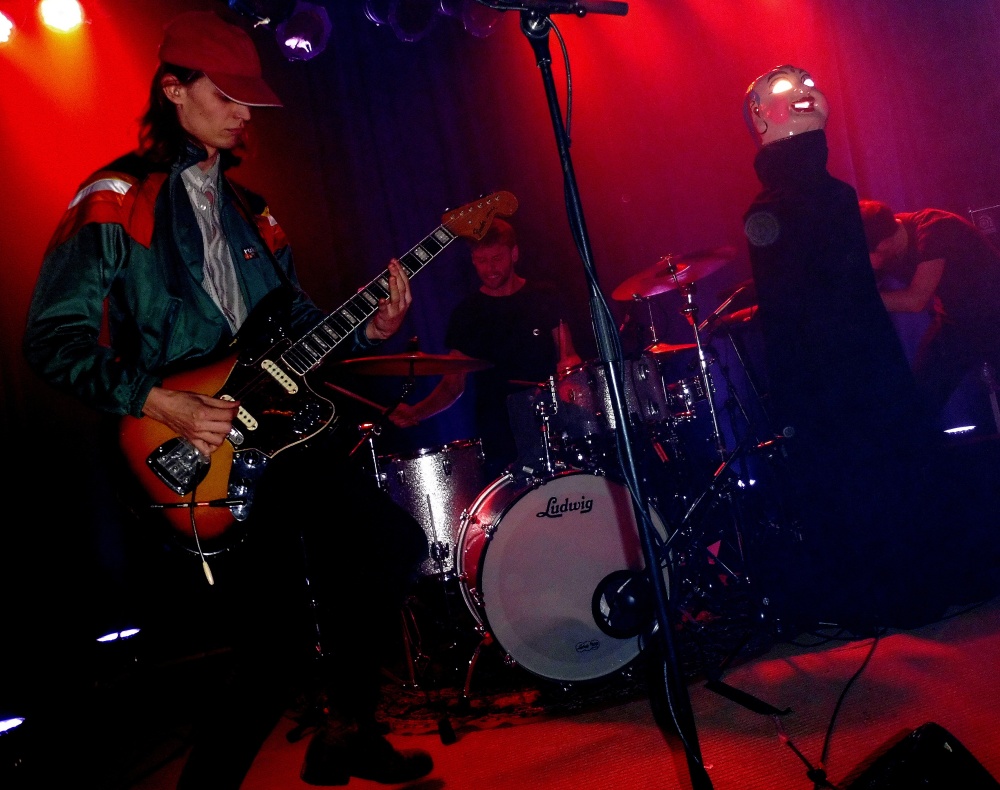 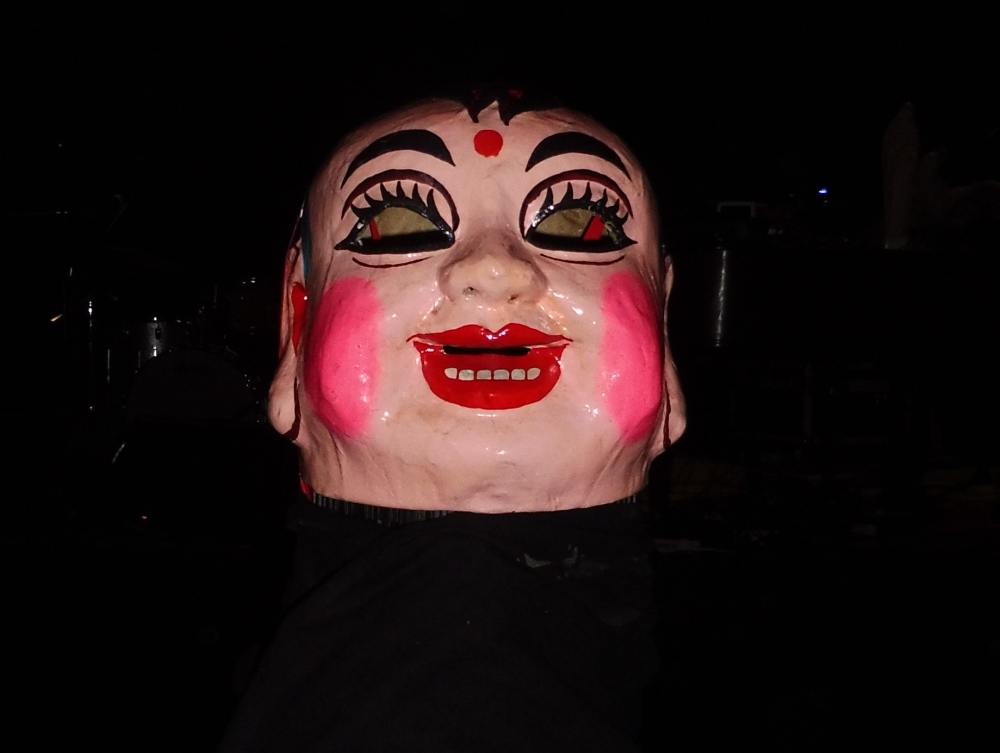 (all pics by Turn Up The Volume!)